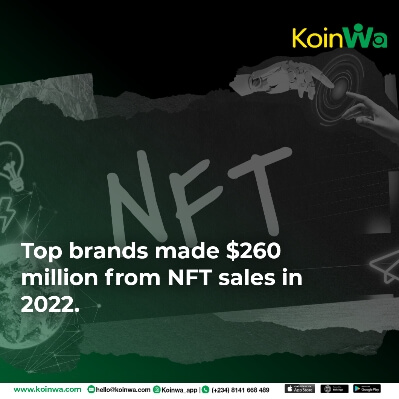 The brands reportedly include; Gucci, Dolce & Gabbana, Nike, Adidas, and Tiffany, these brands appear to be in pole position to benefit from the hype surrounding the non-fungible tokens sector of the crypto space.

For most world iconic brands, the crypto space has become a new income stream, they now rake in hundreds of millions of dollars in revenue.

Nike’s NFT has amassed $185.3 million in revenue, with a secondary market volume of around $1.3 billion.

Total NFT revenue for Gucci and Adidas was $11.6 million and $10.9 million respectively.

Facts you should know/top brands & NFTs

However, more detailed research puts the value of the global NFT market at about $230 million by the near future measured around 10 years.