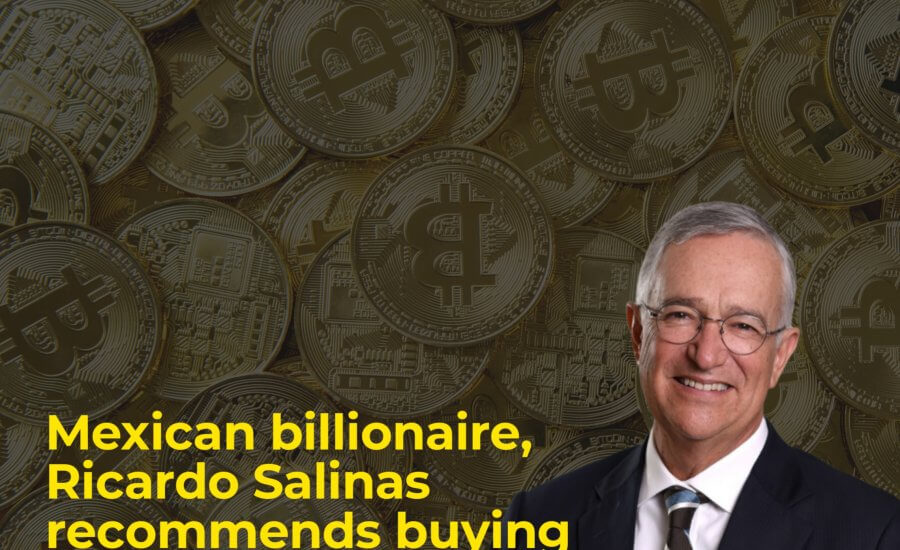 Ricardo Salinas, a Mexican 3rd richest man has sent out his new year message to all investors and holders of Bitcoin. It was a heartwarming remark to BTC enthusiasts, on Christmas Eve.

The Mexican figure recommended a shift away from Fiat money, thus encouraged enthusiasts to buy more of Bitcoin assets.

The advice was captured in a message on his Twitter account, mainly part of his Christmas and New year message.

“Steer clear of fiat money. Whether it is the Dollar, the Euro, or the Yen, it’s all the same. It’s fake money made of paper lies. Central banks are producing more than ever.”

Following this, Ricardo left two more advice to his followers where he asked them to let go of jealousy and to believe in oneself, specifically when pursuing freedom and innovation.

Ricardo’s promotion of Bitcoin can be traced back to 2013, he has been an effective and prominent Bitcoin evangelist. This can be traced to his Twitter bio where he described himself as “Mexican businessman and Bitcoin holder.”

Subsequently, Ricardo looks to make Mexico’s second largest retail bank, Banco Azteca, the first lender in the country to do business with BTC.

To this regard, the Mexico Central bank stated that cryptocurrencies such as Bitcoin are not legal tender as such prohibited from use in the country’s financial system.

To follow up with this, in September 2021, Alejandro Diaz, governor of the bank of Mexico, dismissed BTC as a reliable legal tender, where he cited price volatility as a major obstacle towards full-fledged adoption.