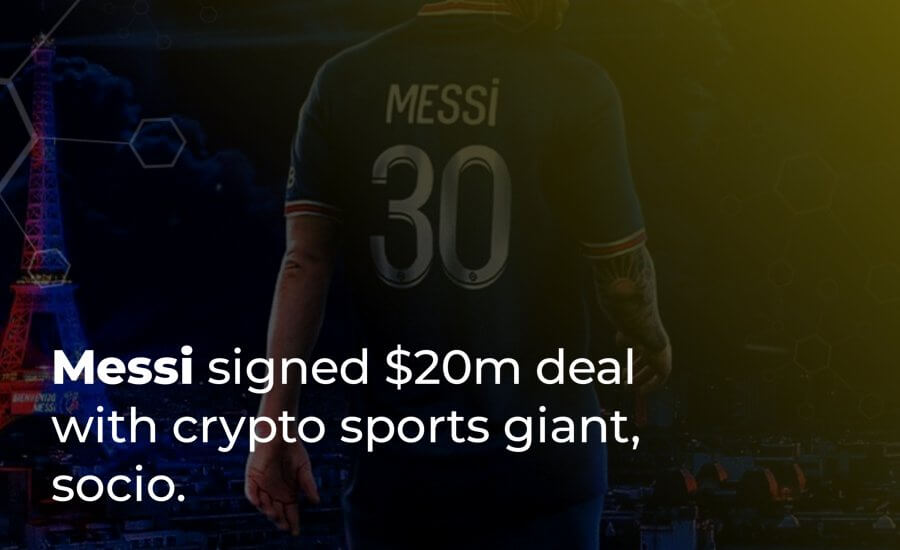 The Argentine international and PSG star player will be paid $20m for the three-year deal according to a report by Reuters.

Socio has deals with over 130 organizations which include top European football clubs, UFC, NBA, NFL and NHL.

Essentially, Socios makes token for sports franchises that fans can buy to access rewards such as game-worn jerseys or vote in polls that influence team uniform designs and the songs played in the stadiums.

Recall, Reuters in August 2021 reported that Messi’s deal with the French giant PSG included an undisclosed amount of his signing fee being paid in the club’s cryptocurrency fan tokens issued by Socios.

What you should know about tokens, the $20m deal will Socios

Socios is owned by parent company Chiliz, the purchase of Chiliz cryptocurrency is fundamental to purchase the fan tokens.

Recent allegations over the firms business practices has put Premier league clubs under pressure to review their relationship with the organization.

Arsenal in their report told Mail on Sunday that they had approached Socios and parent company Chiliz for details on allegations around its chief executive Alendre Dreyfus and the supposed non-payment of staff.

Supporters groups noted that the report highlights how leading clubs have been too quick to enter partnerships with crypto-based companies.

Arsenal are one of the six Premier League sides who have partnered with Socios along with Aston Villa, Crystal Palace, Everton, Leeds United and Manchester City.