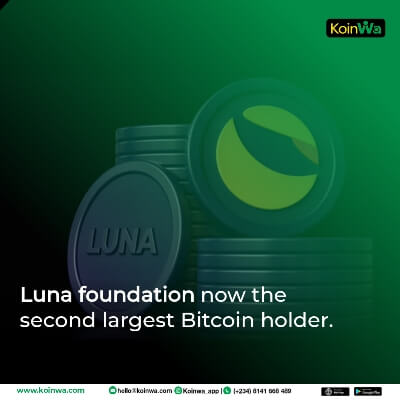 Luna foundation has reportedly acquired additional $1.5 billion worth of Bitcoin to move slightly ahead of Tesla as the second largest corporate holder of the flagship crypto asset valued at a little above $3 billion.

Luna foundation Guard  is a non-profit organization saddled with developing the Terra ecosystem closed a $1.5 billion over the counter purchase of 37,863 bitcoin evidently surpassing Tesla as the second largest corporate holder of BTC according to a press release.

The purchase of 37,863 BTC drifts Luna foundation guard (LFG) almost one-third of the way through its initial arrangement to acquire a $10 billion worth of BTC to strengthen the UST Forex Reserve backing the Terra ecosystem stablecoin.

What they are saying..

According the LFG Governing Council member, Co-Founder and CEO of Terraform Labs, Do Kwon..

“The LFG’s mission to support the stability and adoption of the UST stablecoin continues with the latest deal acquiring BTC from Genesis for the UST Forex Reserve .”

The initial $1 billion worth of Bitcoin acquired by LFG was facilitated by a prominent crypto prime broker, Genesis, through an over the counter (OTC) swap of UST Stablecoin for BTC.

This OTC transaction was the first of its kind at the achieved magnitude.

The remaining 500 million was obtained through Three Arrows Capital (3AC) which is a leading cryptocurrency hedge fun.

According to Joshua Lim, head derivatives at Genesis,

“Genesis is excited to be a liquidity partner to the Terra ecosystem, connecting it to a broader audience of institutional market participants.”

With the Bitcoin reserves of LFG totaling 80,394 BTC valued at over $3.1 billion, this transaction places the foundation among the top 10 bitcoin holders in the world.

What you should know 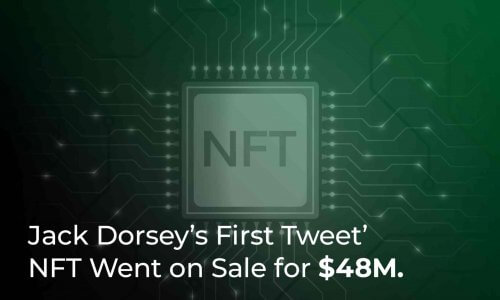