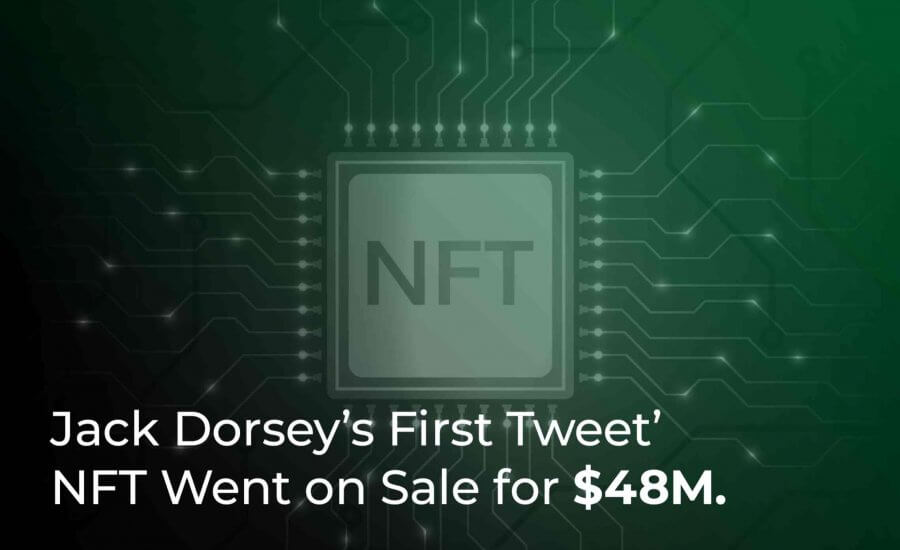 Twitter CEO Jack Dorsey’s non-fungible token (NFT), first ever tweet could sell for under $280, the NFT was listed for $48 million by the current owner last week.

In an announcement last week on his twitter page, Sina said he wished to sell the NFT and pledge 50% of the proceeds around $25 million to charity.

The offer, however, closed on Wednesday with just 7 offers being made which include,

“The deadline I set was over, but if I get a good offer, I might accept it, I might never sell it.”

“I decided to sell this NFT (the world’s first ever tweet) and donate 50% of proceeds ($25 million or more) to the charity.

Talking point on how the NFT was bought over 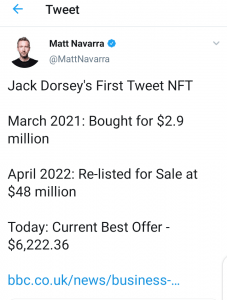 Simply put, NFT is a nun-fungible token, this means that it can neither be replaced nor interchanged given its unique properties.

Expansively, NFT is a digital asset that represents internet collectibles like art, music, and games with an authentic certificate created by blockchain technology.

NFT is unique in the sense that it cannot be forged or manipulated, in this regard it can only be exchanged using cryptocurrencies such as Bitcoin usually on specialist sites.

NFTs have been around since 2015, however, now experiencing a boost in popularity given to the normalization and excitement of cryptocurrencies and the Blockchain frameworks.

Consumers want to get in on the opportunity to own unique digital content and hold them potentially as a type of investment. Shopify to list Bitcoin as payment option in partnership with Strike 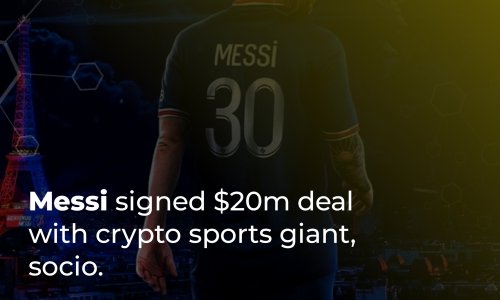 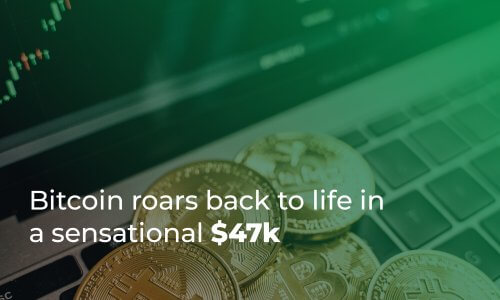