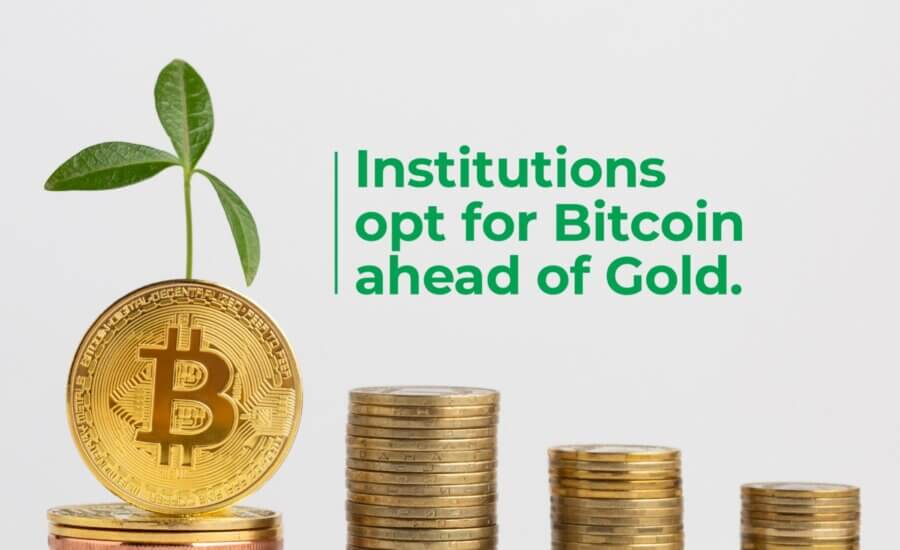 Institutions opt for Bitcoin ahead of gold – JPMorgan

JPMorgan- Bitcoin has made a tremendous shift in the past week which led to a 35% rally soaring for above $50,000 which saw the Market Capitalization gear to $1 trillion significantly reflects to a major demand.

JPMorgan on Thursday shared a note with clients, in its take, the recent increase in price of Bitcoin was hugely attributed to institutional investors looking to survive predominant inflation.

“The re-emergence of inflation concerns among investors has renewed interest in the usage of Bitcoin as an inflation hedge,” the analyst said, arguing there has been a shift in perception as to the merits of BTC in relation to gold.

“Institutional investors appear to be returning to Bitcoin perhaps seeing it as a better inflation hedge than gold.”

However, this trend does not stop with institutional investors alone. Kevin O’Leary of Shark Tank star last week hinted that crypto now accounts for a huge part of its portfolio than gold typically.

During an interview hosted by Daniela Cambone from Stanberry research, O’Leary reckons his investment portfolio has a larger exposure to crypto than gold, however, advocates for holding both as they are two different asset classes.

Factors responsible for the current rally according to JPMorgan are,

The said fund flows into bitcoin helped push bitcoin’s share of the total cryptocurrency market to nearly 45% from a low of 41% in mid-September.

“The increase in the share of bitcoin is a healthy development as it is more likely to reflect institutional participation than smaller cryptocurrencies according to JPMorgan.