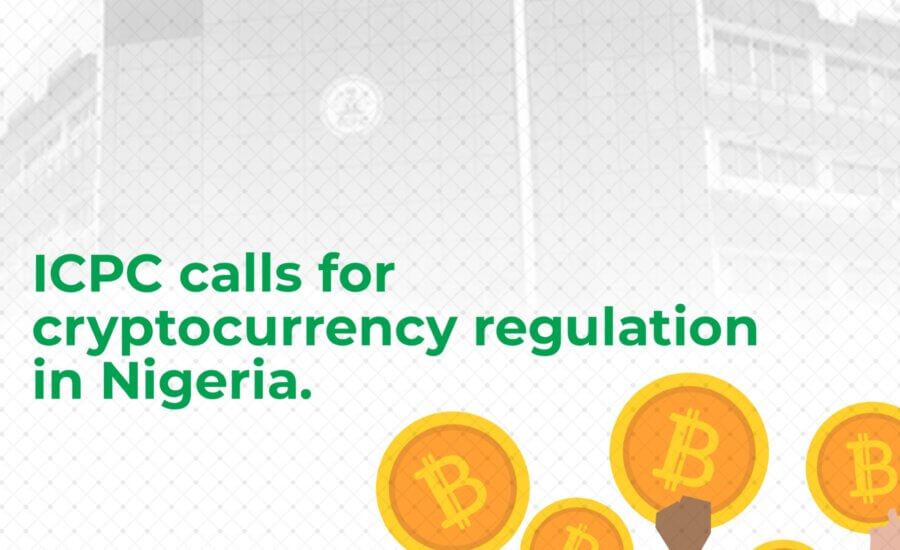 Cryptocurrency regulation – Despite the crackdown on crypto trading in Nigeria, cryptpocurrency adoption has been found to be soaring to the high heavens against all odds.

Recall that the CBN memo/circular of the February 5th 2021 reiterated and spelled an outright ban on Bitcoin and related crypto assets, compelling the DMBs and all financial institutions to stop facilitating cryptocurrency transactions via the bank channels.

The most populous black nation almost stood still at the pronouncement of this directive, however, things took a new twist as investors adopt the P2P platforms that aid buying and selling of crypto assets.

Given this, Nigerians began to show more interest in cryptocurrency that it made just sense to ask for cryptocurrency regulation than stamp it out expressly.

It could be recalled that several analysts call for cryptocurrency regulation alongside the Nigeria’s vice President Professor Yemi Osinbanjo, sadly, the apex bank could not think in this direction instead opted for a home grown digital currency (CBDC) and hoped its emergence will distract Nigerians from crypto trading as it had wanted.

The Independent Corrupt Practices and Other Related Offences Commission (ICPC), has called for cryptocurrency regulation in Nigeria to prevent unsuspecting members of the public from being swindled of their hard earned money.

The chairman of the Commission Prof. Bolaji Owasanoye at the opening of a two-day capacity building retreat for members of the House of Representatives Committee on Anti-corruption, and board members and directors of the Commission held in Uyo, Akwa Ibom State.

In the last five years, Nigeria has traded over $500 million worth of assets, identifying the country as the second-largest Bitcoin market in the world.

In his words, “Nigeria needs regulatory intervention in cryptocurrency trading. Some people trading in cryptocurrency have used digital currency and assets to engage in corruption, money laundering and terrorism financing. Corruption in digital assets is not easily traceable.”

The spokes-person, ICPC, Azuka Ogugua in a statement said, the ICPC boss has emphasized the need for more regulations from the Legislatures to address IFFs and other related offences, stating that the breach in the law and absence of regulatory framework have encouraged perpetrators of crimes to continue to engage in the crime.

In reaction, the Chairman of the House of Representatives Committee on Anti-Corruption, Nicholas Shehu, commended the Commission for collaborating with the house in the fight against corruption in Nigeria.

“The House of Representative stands ready to partner with the ICPC in the achievement of its mandate which is to rid the country of corruption.”