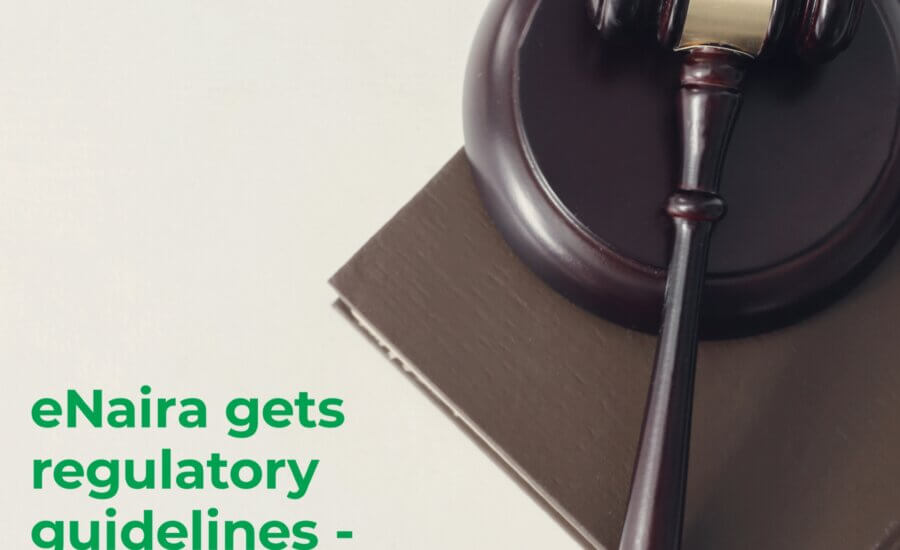 A document surfaced recently as released by the apex bank titled “Regulatory guidelines on the eNaira.”

It was said that the guideline shall apply to all financial institutions and end users of the eNaira.

However, during the onboarding process users are availed options which include to disclose whether the eNaira wallet being created will be operated for self or as trustees.

The document in part reads,

“The Central Bank of Nigeria, under the CBN act 2007 and the Banks and other Financial Institutions Act (BOFIA) 2020, is empowered to issue legal tender currency, ensure financial system and promote the development of electronic payments system.

The Bank, in furtherance of its mandate, hereby issues the following guidelines for the operation of the eNaira.

“The eNaira is the digital form of the Naira, issued by the CBN in line with section 19 of the CBN Act. It’s a direct liability of the bank, a legal tender and will form part of the currency in circulation and will be at par with the physical Naira.

“The eNaira shall complement traditional Naira as a less costly, more efficient, generally acceptable, safe and trusted means of payment. In addition, it will improve monetary policy effectiveness, enhance the government’s capacity to deploy targeted social interventions and boost remittances through formal channels.

“The eNaira wallet is required to access, use and hold eNaira. The eNaira will be exchangeable for other Central Bank Digital Currencies (CBDC).”

Keynotes and highlights of the released regulatory guideline as read