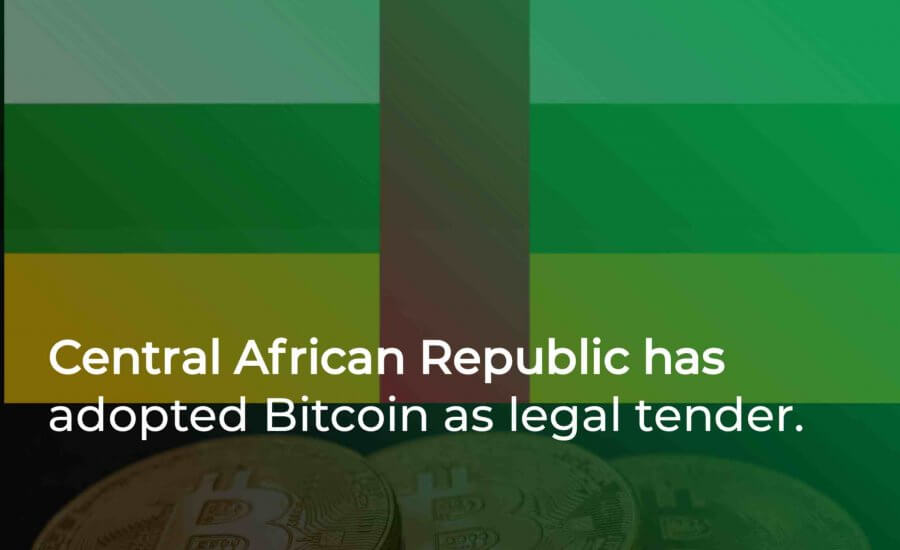 Central African Republic has adopted Bicoin as its legal currency according to an information from the President’s office in April, to this end, the country becomes the second in the world to follow this step after El Salvador in September 2021.

This became a reality after the country’s law makers unanimously adopted a bill to make bitcoin its legal tender as well as the CFA franc and legalized the use of crypto assets.

He continued…. “This moves the Central African Republic on the map of the world’s boldest and most visionary countries.”

You may be aware that CAR is one of the poorest and most troubled nation on the planet, with an economy landlocked and heavily dependent on mining.

Under this development, citizens of the Central American country were allowed to use digital currency alongside the US dollar having been its official currency running two decades, to pay for goods and services using the cyber wallet app.

As always expected, the adoption was heavily criticized by the “International Monetary Fund (IMF).”

It however, warned of “large risks associated with the use of bitcoin on financial stability, integrity, and consumer protection” as well as issuing bitcoin backed bonds.

The CAR is rich in diamonds, gold and other minerals, but ranks as one of the world’s poorest and least developed countries.

Roughly 71% of CAR’s 5.4 million inhabitants were living below the international poverty line in 2020, according to the World Bank.

The landlocked country is in the heart of Africa, has been gripped by political instability and violence for years.

“The big question is who the cryptocurrency ruling is for,” David Gerrard, an independent author who has followed crypto closely over the years asked.

In his words, “Internet coverage in the CAR is 11% perhaps the government has been told that this will bootstrap payments in the country, however, it’s not clear how.”

The move to adopt bitcoin as a legal tender received praise from the crypto community, and was hailed as another step toward mainstream adoption of crypto assets.

CAR is a close ally of Russia, with Russian mercenaries having provided direct assistance to the government, according to the UN.

Experts suggested the move could help small countries like the Central African Republic reduce their dependence on the U.S dollar for global trade.