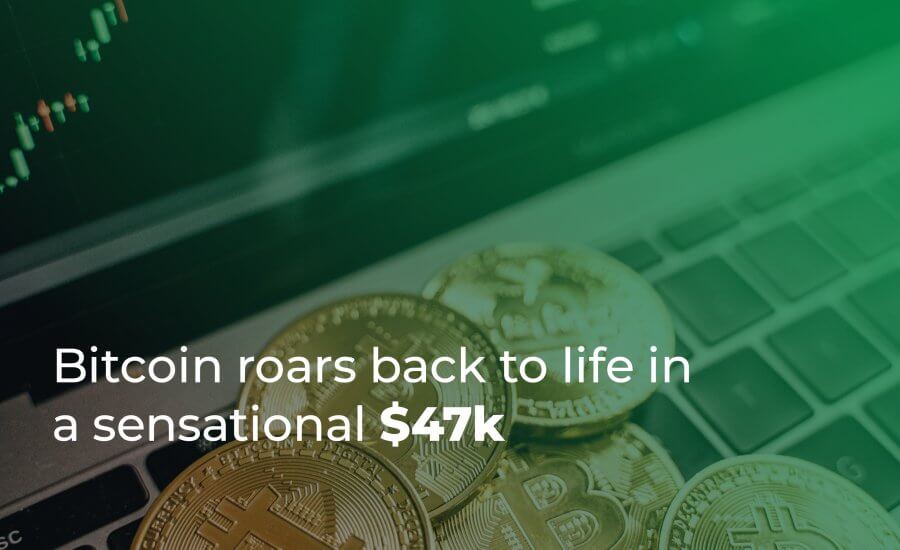 $47k – The flagship cryptocurency Bitcoin has bounced back to life with a consistent rally over the past few weeks to go passed $46k to a more predefined position in 2022.

It maintained a trading range of $47k  which is perceived to have attract high affinity by traders and may be considered as Bitcoin best weekly close of the year so far.

In view of this, crypto has gained about 0.6% so far this year.

The existing performance is flat in contrast to the stock market, which traded higher after Russia and Ukraine officially announced progress in cease fire talks.

Good vibes seem to be holding up among retail and institutional crypto buyers. MicroStrategy is back in business with the computing giant announcing another $205 million bitcoin purchase driving its total holding to over $5 billion.

The fear and greed index that measures customer sentiments is also holding steady, currently sat in greed where it has been for days having yesterday touched its highest level since November in a sign that optimism is returning to the market.

Particularly, market participants should keep in mind that anytime we have shown the slightest sign of greed this spring and volume remain stubbornly low. Will the same happen again.